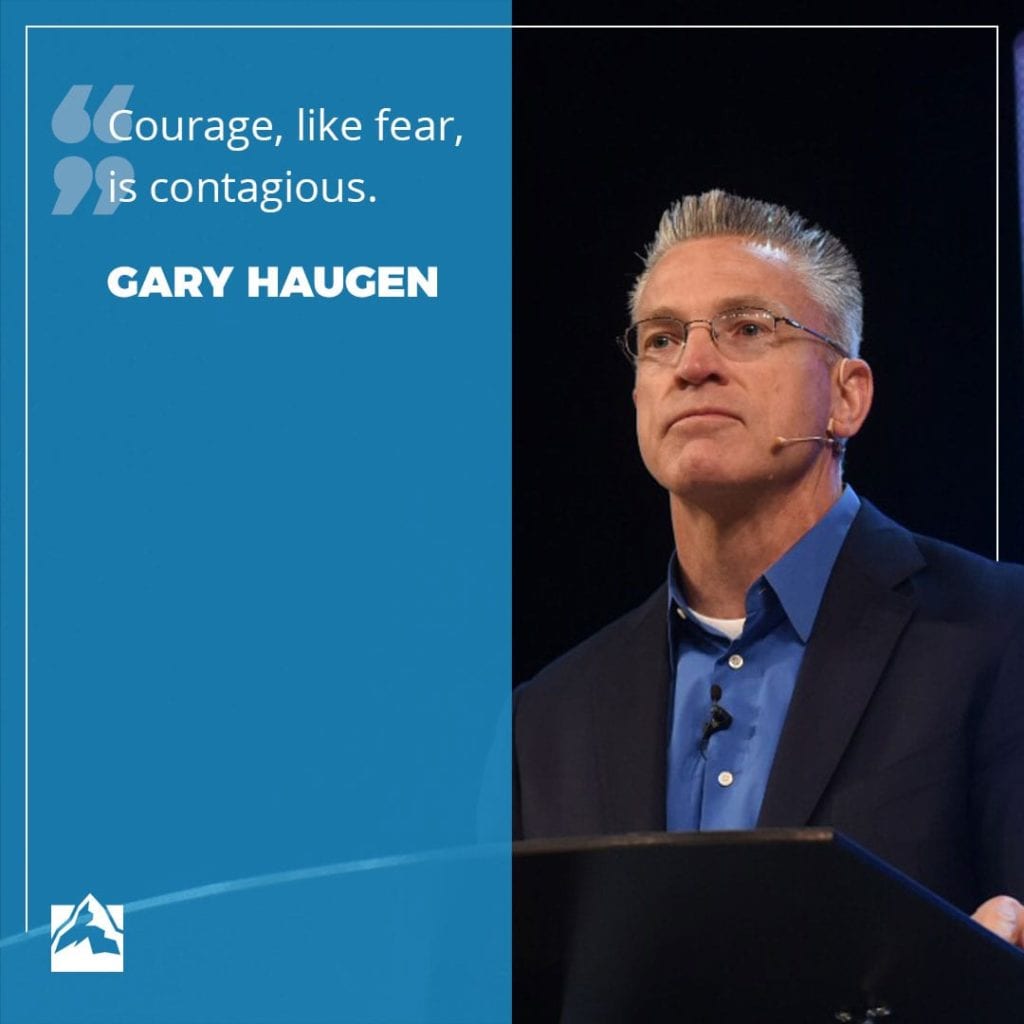 The country of Venezuela has been embroiled in political instability and economic turmoil for years, which has resulted in violent civil unrest. In 2017, riots flooded the streets resulting in the tragic deaths of 150 young people, with 12,000 injured and more than 1,300 imprisoned.

One of these riots happened in Barquisimeto. Toward the end of the riots, 40 young protesters retreated to the roof of a 10-story building. After 8 p.m., the National Guard surrounded the building and started shooting at them and using tear gas.

In the midst of this hostility, building inhabitants called people on their phones, asking for help. Among those called was Pastor Alvaro Rea, an attendee of The Global Leadership Summit (GLS). He remembered the Summit talks about bravery, especially the talk from Gary Haugen. Pastor Rea told them not to fear—we can do something.

Pastor Rea told them not to fear—we can do something.

Pastor Rea called a group of leaders and said, we must do something. One of them replied, if you go I will pick you up. Pastor Rea left the security of his home and family and headed into the heart of the riots, near the building with the remaining protesters huddled on the rooftop.

He and some of the leaders in his group went to the building and spoke with the captain of the National Guard. Eventually, the military agreed to allow the pastor to go talk with the youth to see if somehow, the standoff could be resolved without further loss of life.

The night of violence had come to a peaceful conclusion, thanks in part to a single pastor who was inspired by the GLS simply to be brave.

Pastor Rea entered the building, with the challenge from what he had learned at the GLS serving as his source of courage. The group of young people allowed him to come up to the rooftop with them, and there he began to have conversations with them and read to them from Scripture. In time, the young people responded to Pastor Rea’s love and courage and began to consider ending the standoff. They contacted the captain of the National Guard, asking if they could have their injured friends safely removed from the rooftop. Not only did the captain agree to this, but he ordered the military forces to completely withdraw from the site and allowed all of the remaining young people to leave the premises unharmed.

The night of violence had come to a peaceful conclusion, thanks in part to a single pastor who was inspired by the GLS simply to be brave.

In 2018 there were nine GLS sites in Venezuela, with a total of 5,383 in attendance. This includes the site in Barquisimeto, which is the largest Spanish-speaking GLS in the world; more than 1,600 attended in 2018. Please pray for the future of Venezuela. Currently, the 2019-20 plan for the GLS in this area is uncertain because of the economic instability of the region.